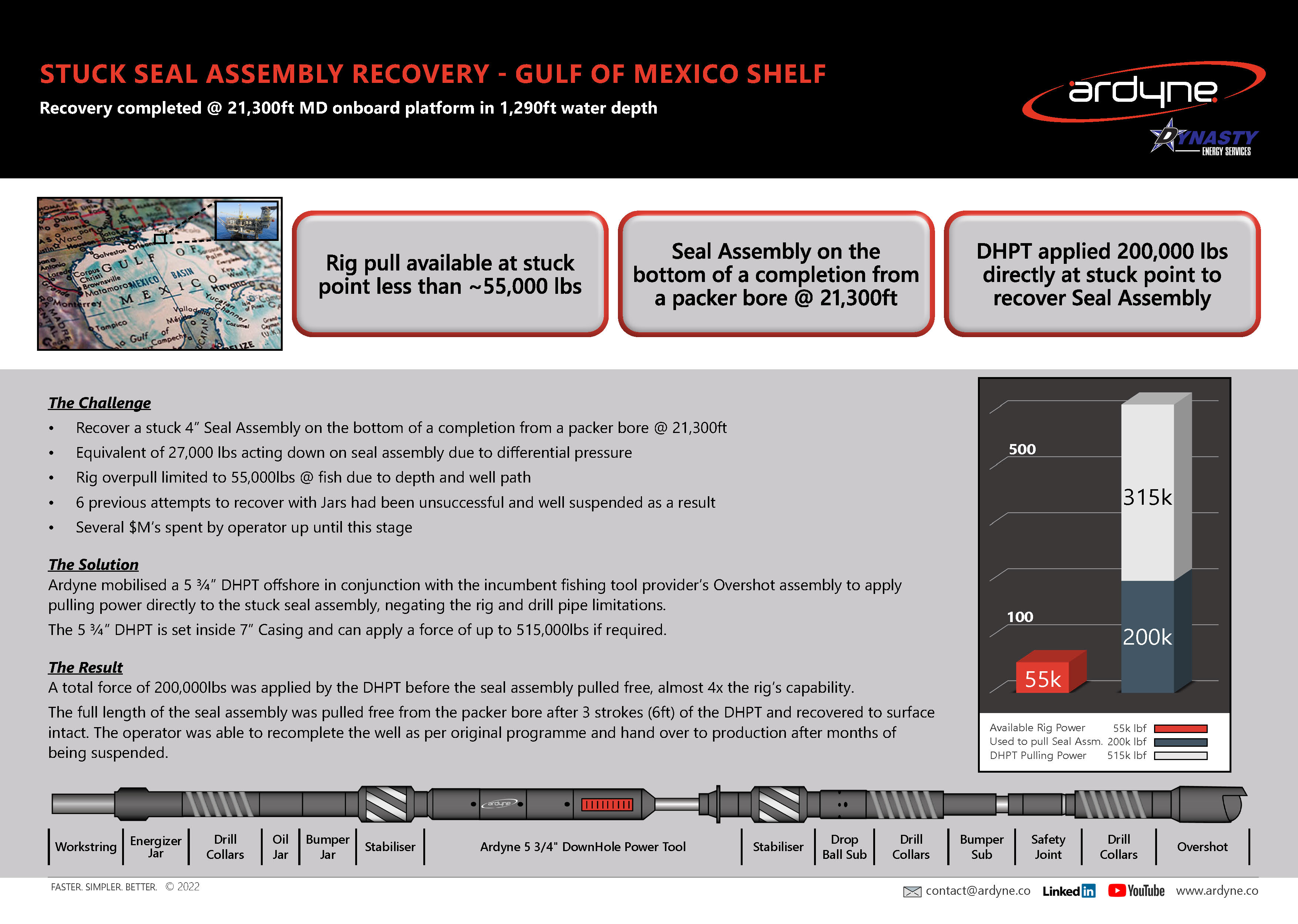 Find out how our DownHole Power Tool helped to get a clients well back into production after previous attempts with other equipment had failed in recovering a stuck Seal Assembly.

Six previous attempts to recover with Jars had been unsuccessful and the well was suspended, with the Operator spending several $M’s up until the increased pulling power of the DHPT was able to free the stuck assembly and recover to surface.